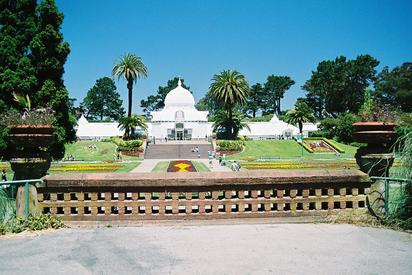 The tour starts at the just outside the southeast corner of the GGP where you see where Otto practiced his clowning skills (Mary Ann in Autumn).  Just within the park are two additional places that were also included in Mary Ann in Autumn.

As stated above, the Park also played a significant role in the story line of Jackie Old: A tale of the future told in the past. The story reached its climax at the intersection of JFK Drive and Music Concourse/Hagiwara Tea Garden drives.

Here is the link to download, save (and print) the PDF file for Tour #12: Golden Gate Park.

Here is the link to access the Google Map for Tour #12: Golden Gate Park

Here is a link to the photos found in Tour #12: Golden Gate Park

Tour #12 is one of the prettiest and most popular of the self-guided walking tours.  It threads east to west through the Golden Gate Park (GGP).  The Park played a significant role in the story lines of Further Tales of the City as well as Armistead Maupin's short story Jackie Old: A tale of the future told in the past.