Tours 8 - 14 take you to other parts of the City and beyond.  Tour #13 is not a walking tour but rather a listing with descriptions of the various locations across San Francisco used in the filming of the first three Tales miniseries.  Tour #14 is nearing completion and will require a vehicle. 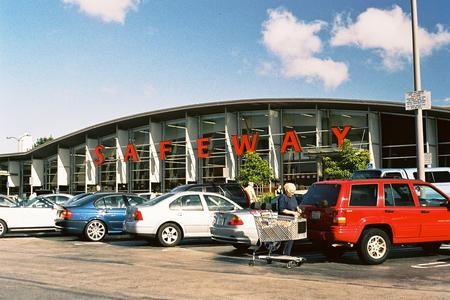 Tour #8: The Castro, Noe Valley, and Dubose Triangle takes you to three distinct neighborhoods in San Francisco.  You start in the Castro which is best known around the world as the THE gay neighborhood of San Francisco.  Many places mentioned in the Tales books are found here in the Castro.  One place is  former residence of Armistead Maupin.  This residence was use in later Tales books as Michael's home overlooking The Castro.  This residence was also a former home of Gabriel Noone, the central character of The Night Listener.  This tour will also show you were four different scenes in the "Tales of the City" miniseries were filmed.  At this time, the tour wraps up in the Dubose Triangle where Anna and Jake shared an apartment.  Within a few weeks, the tour will be expanded to include two more locations used in the filming of the "Tales of the City" miniseries.

Tour #9: SOMA (South of Market) winds through the neighborhoods south of Market Street.  This neighborhood was one of the first gay neighborhoods in San Francisco.  It was the center of gay and lesbian culture before it spread to Polk Street and The Castro.  During the times of the early Tales stories, many gay and lesbian bars - along with several baths - were still open and were visited by many of the Tales characters.  Ben's furniture shop is included in this tour.

Tour 10: Civic Center, the Other Edge of the Tenderloin, and Polk Street goes from south to north taking you from the Civic Center to Polk and Union.  Places along this tour appeared scattered throughout the Tales books.  Mona lied to D'or about going to a movie at a theater on California.  You won't be able to use that excuse now.  For convenience, you can go directly from the end of Tour #10 to Tour #11.

Tour 11: Union Street/Cow Hollow, The Marina District, and Back to the Beginning… picks up just down hill from where Tour #10 ends.  This tour describes a large U taking you through west Cow Hollow/Union Street, through the Palace of Fine Arts, and back east along the Marina.  Stop in at Perry's for a bite and a drink.  (Don't look for Brian. Remember:  he got canned.)  You'll pass through the Bermuda Triangle - a favorite hunting ground for Brian and Connie.  The tour also has a strong connection to the genesis of what eventually became the Tales lore.

Tour #13: The Miniseries Tour is not really a tour but rather a collection of most of the locales in and around San Francisco that were used in the filming of the three Tales miniseries.  Most of the locations are already included in one of the existing walking tours.  The rest will be added to walking tours under development.  With the launching of the new Tales of the City series on Netflix, San Francisco locales used in this series will be added to the tour in the weeks to come.

Tour #14:  The Sierra and Nevada Tour is nearing completion.  This tour definately requires a car because it takes you up and over the Sierra Nevada to Lake Tahoe and then Markleeville, CA (Pinyon City in Mary Anne in Autumn).  From there you head first to Reno, NV and then on first to Winnecca, NV, the childhood home of Andy Ramsey (The Days of Anna Madrigal) and eventually the Black Rock Desert where Anna mounted the giant Butterfly build to honor her (The Days of Anna Madrigal).  The tours ends back in Reno where you can enjoy with Michael one of the first gay rodeos (Further Tales of the City).