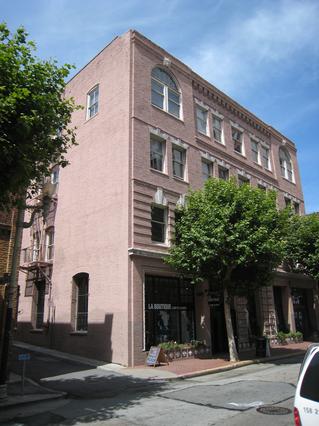 This tour is rather short and, if time permits, could be added to the end of Tour #2: North Beach.  All the locales in this tour are all associated with Tales of the City.  You'll pass the former location of Hoefer, Dietrich, and Brown - the first of the two advertising agencies where Armistead Maupin worked and where he met a copywriter who became the inspiration for Mona Ramsey.  You'll also have a close encounter with the TransAmerica Pyramid which convinced Anna that she, Edgar Halcyon, and everyone they knew in San Francisco were at one time Atlanteans and that they had all come together at the edge of the continent to return to the sea together.