Text for Tour #6:  Chinatown, Nob Hill, and the Edge of the Tenderloin

Tour #6: Chinatown, Nob Hill, and the Edge of the Tenderloin 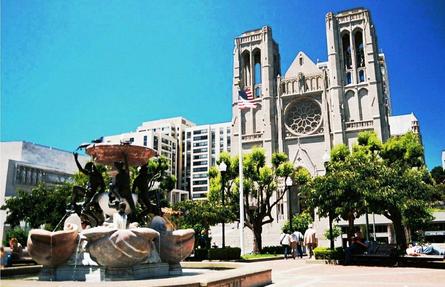 When walking this tour, take some time to look into some of the shops in Chinatown (and purchase fresh fortune cookies), to visit the Top of the Mark, and to sit near the altar Grace Cathedral and visualize body parts falling down from the catwalks.  You might encounter stiff resistance trying to enter the Bohemian Club (if you're not a member, you don't get in).