In addition to the center of activity in the later Tales books moving to The Castro area, four different scenes from the "Tales of the City" mini-series was filmed at locations included in this tour.  The final scene of the miniseries shot on-location here in San Francisco was in front of the Castro Theater.

Armistead Maupin once lived on Noe Street on the hill overlooking The Castro.  Armistead's home became Michael's and Thack's in Sure of You.  Later, Michael still lived in this home during Michael Tolliver Lives, Mary Ann in Autumn, and The Days of Anna Madrigal - with his husband Ben in the last two books in the series.    Armistead's home was also used as the model for one of Gabriel Noone's previous residences mentioned in The Night Listener.

Finally, this tour will take Dolores Park, one of San Francisco's most delightful - and interesting - parks.

This tour will not disappoint you.

Here is the link to download, save (and print) the PDF file for Tour #8: The Castro, Noe Valley, and Dubose Triangle.

Here is the link to access the Google Map for Tour #8: The Castro, Noe Valley, and Dubose Triangle.

Here is the link to the photos found in Tour #8: The Castro, Noe Valley, and Dubose Triangle.

Barbaryphiles often ask for me recommendations regarding the currently available self-guided walking tours.  I always recommend that folks do Tour #1:  In the Beginning... (Aquatic Park and Russian) because that tour takes visitors to "Ground Zero" in the early Tales stories.  Those Barbaryphiles living in the Bay Area can then take the other tours at a later date when they have the time.  For those Barbaryphiles visiting the Bay Area, if time permits, I urge them to take one or two more tours.

One of these tours is #8:  The Castro, Noe Valley, and Debose Triangle.  While a lot of the activity in the early Tales stories took place in the northeastern corner of the City, in the later stories - particularly after Michael moved to the Noel Hill overlooking the Castro, a lot of activity in the later Tales books as well as The Night Listener occur in this part of the City. 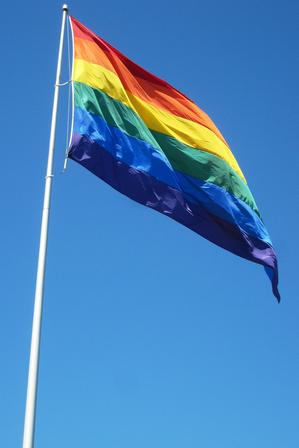