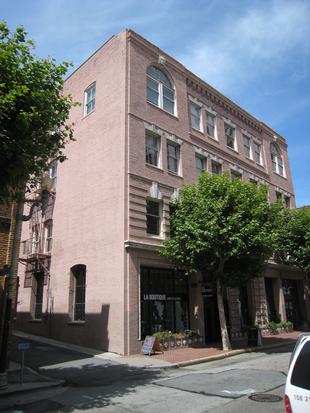 In his short biography of Armistead Maupin, Patrick Gale shared how Maupin drew upon his employment at Hoefer, Dietrich & Brown when writing Tales of the City:

It was there he [Armistead Maupin] encountered the copywriter who was an inspiration for Mona Ramsey.  (She wore granny glasses and peasant dresses, had Playgirl centerfolds on her office wall and hooka pipes and was known as the Resident Freak.  She was deeply flattered when Tales first came out and, spotting the resemblance between her and the feisty character, bragged to all and sundry … then wished she hadn’t when Mona turned out to be a lesbian.)

Although Armistead Maupin worked as a mail boy at Hoefer, Dietrich & Brown, no mention is made by Patrick Gale if Maupin ever used the copier.

As mentioned above (Jackson Square Historic District), after leaving the Associated Press followed by a series of odd jobs around the city, Armistead Maupin landed a job as a mail boy for the PR firm of Hoefer, Dietrich & Brown which was located on the 4th floor of 414 Jackson Street.  Hoefer, Dietrich & Brown became the model for Halcyon Communications.   Like Mary Ann, Maupin hung the US Flag outside the building every morning.  Here’s Mary Ann hanging and saluting the US Flag in “Tales of the City”.

Hoefer, Dietrich & Brown was briefly mentioned in Tales of the City:  Shortly after joining the staff of Halcyon Communications, Mary Ann met and chatted with DeDe Halcyon-Day at an interagency softball game between Halcyon and Hoefer, Dieterich & Brown.

NOTE:  At this point, the walking part of the Tour resumes.