Tales
of the
City

Due to Covid-19, there will be no Anniversary Tour of the Tales this month.

The yearly Anniversary Tour of the Tales is generally the most popular conducted Tour.  Fellow Barbaryphiles take advantage of the long Memorial Day weekend and come to San Francisco to play and to participate in what has become for many a Tales "pilgrimage."  After the completion of the group tour,  participants are sent a copy of the Tour's script as a keepsake.

Around the world, folks have creatively found ways to reach out and still access the world virtually by way of the Internet.

As a less than perfect replacement, Tours of the Tales is providing, for a limited time, a virtual Tour of the Tales to observe the 45th Anniversary of the launching of Tales of the City's in The San Francisco Chronicle on Monday, May 24, 1976.

The guided Tour of the Tales takes a group of Barbaryphiles up and across Russian Hill and then down through the North Beach neighborhood.  It generally ends with a group lunch at one of the North Beach restaurants frequented by the residents of 28 Barbary Lane.  After lunch, those who are interested, can participate in an additional tour of either Telegraph Hill or Nob Hill.  This virtual Tour of the Tales follows the routes of all three Tours.

Each stop - or destination - in the tour has its own webpage.  Along with the a description of each destination, nearly all include photo(s) and a map to help you locate them in San Francisco.  Many of the descriptions also include links to additional information regarding the destinations.  Nearly all the destination that are filming locations for the first three Tales miniseries contain one or more links to clips showing that scene in the miniseries. 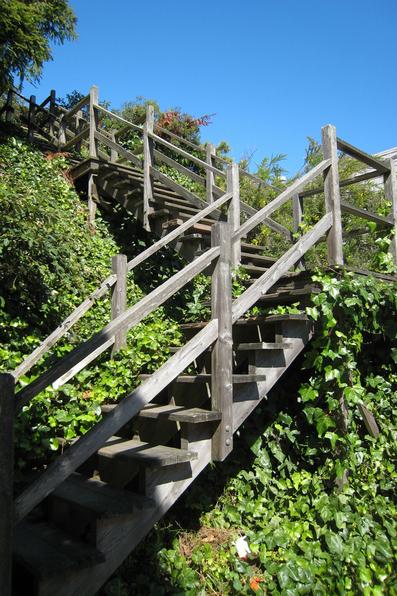