(Until recently, the BV’s real pay phone was located down the steps in the basement next to the men’s room.)  Currently, there is a cash register next to the main entrance.

The Buena Vista Bar, 2765 Hyde Street (southwest corner of Hyde and Beach; across the street from the Powell-Hyde cable car turntable)

Mary Ann Singleton was twenty-five years old when she saw San Francisco for the first time.

She came to the city alone for an eight-day vacation.  On the fifth night, she drank three Irish coffees at the Buena Vista, realized that her Mood Ring was blue, and decided to phone her mother in Cleveland.

The Buena Vista is renowned for its Irish Coffee that was introduced to the United States at the BV as the result of a now infamous challenge on the evening of November 10,1952, between Jack Koeppler, the owner of the Buena Vista at the time, and Stanton Delaplane, an international travel writer.  The challenge: to recreate the Gaelic coffee Delaplane had enjoyed at the Shannon airport in Ireland.  Several attempts were made that night to recreate the coffee but none successfully recreated the unique coffee served at the airport.  Koeppler eventually flew to the airport and met with Joe Sheridan, who had reportedly invented the drink ten years earlier as a cook at the nearby Foynes seaplane base.

Koeppler returned to San Francisco with the recipe and Joe Sheridan as well.

The BV’s world-famous Irish Coffee draws visitors throughout the year. The BV now serves up to 2,000 Irish Coffees a day! The summer tourist season often finds the BV crowded and loud.  Locals tend to avoid the bar during the tourist season; however, it’s not unusual for a San Franciscan to come out on a cold rainy night in winter with some friends for an Irish Coffee or two.

When visiting the Buena Vista, sit at the right end of the main part of the bar.  From there you’ll have a great seat for watching the bartender brew and blend order after order of the famed Coffee.

Here’s a clip of the opening scene from the Tales of the City miniseries that shows Mary Ann in the Buena Vista calling her mother. 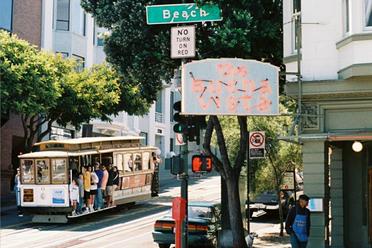 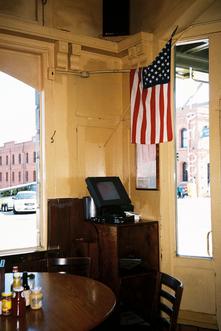 During the call, Mary Ann asked her mother to call her boss, Mr. Lassiter, and tell him that she was not returning to work.  To commemorate the 35th anniversary of the launching of the serial “Tales of the City”, The San Francisco Chronicle reprinted the first installment of the original serial on Sunday, May 22, 2011.