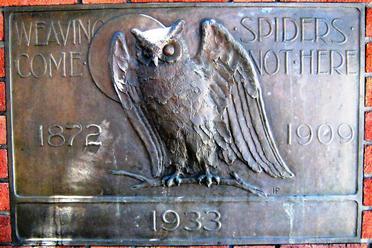 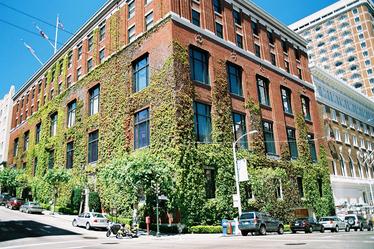 Both Edgar Halcyon and Roger (Booter) Manigault were members of the Bohemian Club.

One day after work (Tales of the City), Edgar went to the Club.  The Cartoon Room was crowded so he went to the empty and quiet Domino Room.  Once there, he called Frannie to inform her he would be late coming home; he said he had a committee meeting at the Club.  After ending the call, he picked up the phone again and called Ruby Miller to ask if he could see her that evening.

Once Edgar arrived at Ruby’s home in the Sunset, we learn that Ruby relationship to Edgar wasn’t what we thought it would be.

Everything about that call made it appear that he was scheduling an appointment with a Madam.  Later, it was revealed that Ruby Miller was a faith healer.

In the “Tales of the City” miniseries, Edgar’s excuse to Frannie was that he was working late on the Adorable account.

The Club wasn’t always the bastion of the business and political aristocracy that it now is.  It was founded in 1872 for and by journalists.  They began to invite artists and musicians.  They then expanded their membership to include the less talented but financially more powerful.

On the outside wall near the corner of Taylor and Post, there is a bronze plaque with an owl in the middle.  On the plaque is, ironically, the admonition, “Weaving spiders come not here’.

Years later (Significant Others), Booter lay on the floor of a tent at Wimminwood, a “prisoner” of the militant feminist, Rose Dvorak, watching a spider weave a web only inches from his face.  He recalled the words on this plaque.

Frannie sarcastically referenced the owl in Tales of the City.  Upon Edgar’s arrival home at 11:15 pm (after his visit to Ruby Miller), Frannie asked,  “Well, how was the club darling?  You make like a little hooty owl?”